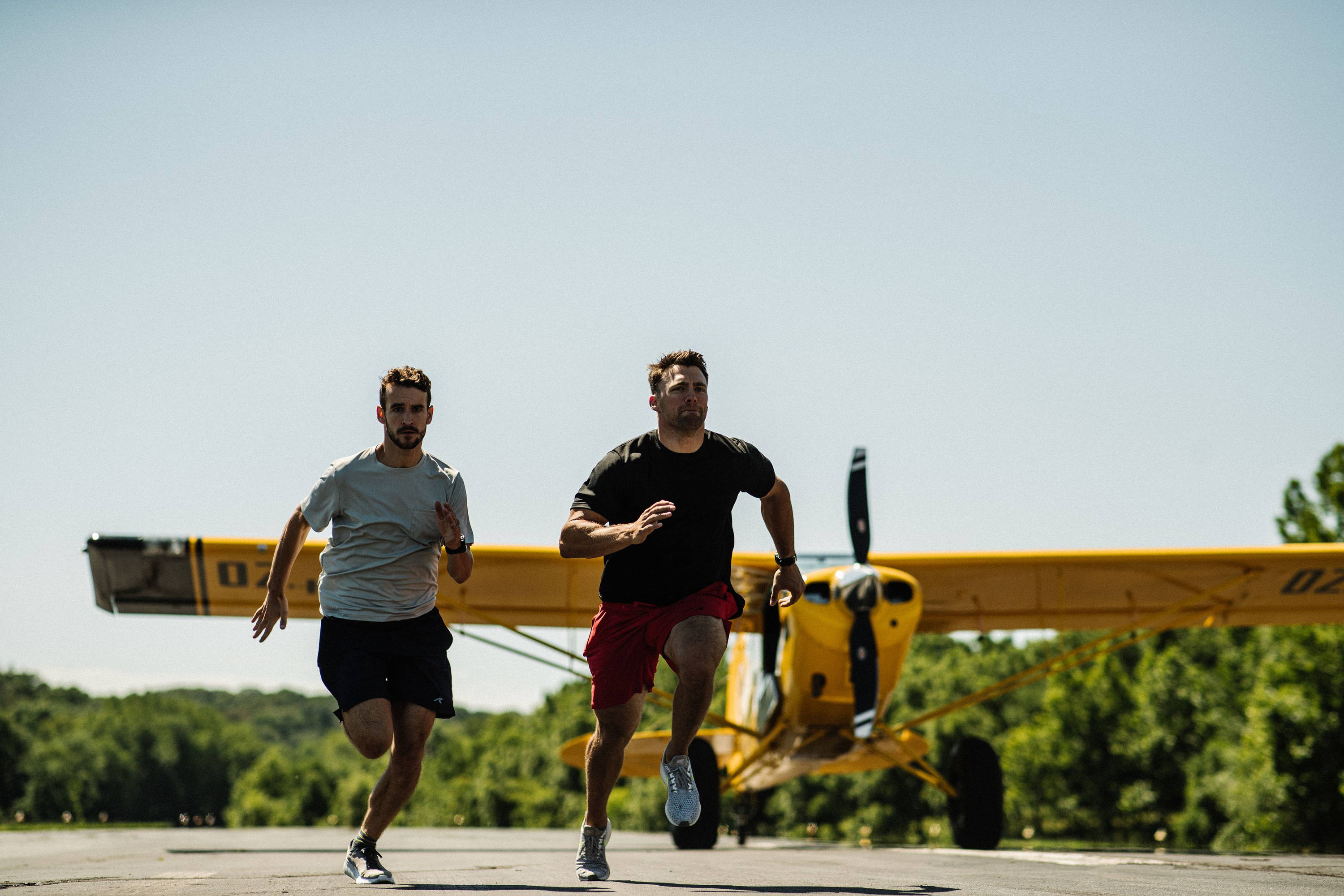 Kippo is a performance apparel company that manufactures in Chicago USA.

Kippo shorts were born in the weight room when Mark Kinsley’s phone fell out of his pocket during bench press and ripped out his earbuds. After that, while doing dead lift, the bar banged against Mark’s iPhone. He was worried about cracking the screen, so Mark tucked his phone inside his underwear waistband, on his hip. That location kept his phone secure and away from danger, but the device was getting sweaty and not easy to access.

That experience led to a simple idea: Why not create shorts with a secure hip pocket that allows easy access to your phone? This upgrade would keep your phone from flopping around and falling out during runs and it could solve a variety of issues for those who train at the gym.

Other clunky solutions like armbands or zipper pockets might keep a phone secure, but it’s difficult to grab. The average person looks at a smartphone 150 times each day, so easy access was a key priority.

Mark took an old pair of shorts to a tailor and together they made the first Kippo pocket. It worked. His iPhones was secure and instead of reaching inside the pocket to grab his phone, Mark discovered he could use his fingers to push the phone out of the pocket, which gave him quick access.

Several guys at the gym started asking if they could buy a pair of the shorts and Mark knew it was time to move forward with the idea.

After developing an improved prototype, Mark launched Kippo on Kickstarter and raised nearly $65,000 in funding.